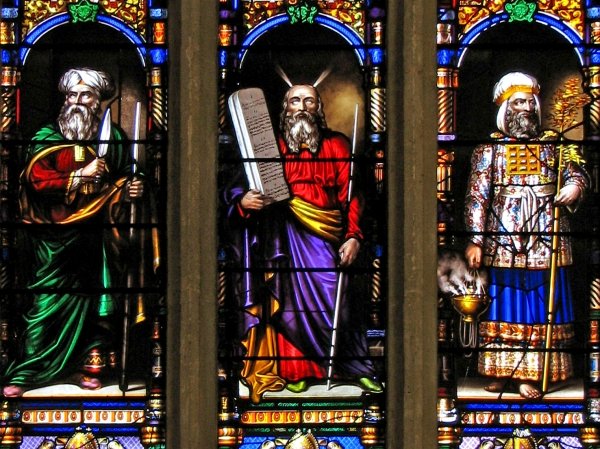 Christ: Prophet, Priest, King: Where Does That Leave the Church?
By Charles Ringma tssf

I believe that it is pretty much a given that Christ has everything to do with the church. In theological jargon, this is expressed as follows: Christology forms and shapes ecclesiology.

In Christology, we speak of Christ as being Prophet, Priest, and King. And we usually spell this out as follows: 1] As prophet, Christ is the voice and reflection of God to humanity. He brings the new word, the new vision, the new way. And as prophet, Christ critiques the old way and its pretentious powers and shows the new way of redemptive suffering and the bliss that is to come in God’s final future. As prophet, Christ is the great disturber, the one who disrupts the status quo. 2] As priest, Christ is the bridge between God and humanity in his healing and restoring activity, and in his intercession for the church and world. As the Great Priest, Christ, agonises into birth the kingdom of God in people’s lives and in the world. 3] As King, Christ is Lord not only of the individual believer, and of the church, but also of the world and the world to come. Here there is the call for a faithful following of the one whose rulership is so different to that of the nations. He is the Servant-King and as the Lamb that was slain, he demonstrates a generative rulership which seeks to bring into being a whole new world.

So, what about all of this in relation to the faith community? What does Christ as Prophet, Priest, and King have to do with the church? Simply put, everything! If its true, as we have said, that Christology impacts ecclesiology then ecclesiology should not impact Christology. In other words, we can’t be reductionistic in making Christ fit our church paradigms. And we can’t favour the one ministry of Christ to the neglect of the other ministries.

Yet, this, seems so often to be the case. Let me illustrate this at a very broad level.

Roman Catholic and the mainline Protestant churches have tended, in their long commitment to the Christendom project, to emphasize the kingly work of the church in forming churches and institutions that seek to have social clout. This approach operates on the notion that the more powerful the church can be in society, the more good it can do. In this model, the church is always seeking political and social “capital” and influence. We have seen this with Evangelicals during the Trump presidency and with the Roman Catholic church in Poland.

Pentecostal and Charismatic churches while increasingly seeming to move in the same direction as described above, have traditionally emphasized the priestly ministry. They have sought to be a healing and restorative presence for people and have outworked in the broader community. In this, they have tended to be more a-political.

The prophetic ministry has tended to be more the domain of fringe groups such as the Anabaptists, Quakers, and para-church groups such as Sojourners, along with many other similar groups. Their orientation has been to question the major dominant paradigms in both the churches and the world, and to call for a new way of being in the world. Rather following the “triumphant” Christ into the world, they have tended to follow the “suffering” or “bitter” Christ into the world.

So, you may want to think about where you fit? Where does your church or organisation fit? And more importantly, where should you and I fit?

In wrestling with this, here are a few thoughts –
1] If Christ is indeed Prophet, Priest, and King, then the faith community should reflect these three “ministries” of Christ.
2] Can these three be held in creative tension?
3] Karl Barth, in formulating a theology that had to do with calling the church to resist the church’s Nazification, made the claim – not surprisingly given his context – that the prophetic work of Christ was primary for the church and the other “ministries” had to be understood in the light of that prophetic work. What do we think of this?
4] Does this mean that in differing settings, a differing ministry need to be the major focus?
5] And finally, how are we to discern in our world what is most pressing regarding the way the church is to be in the world?