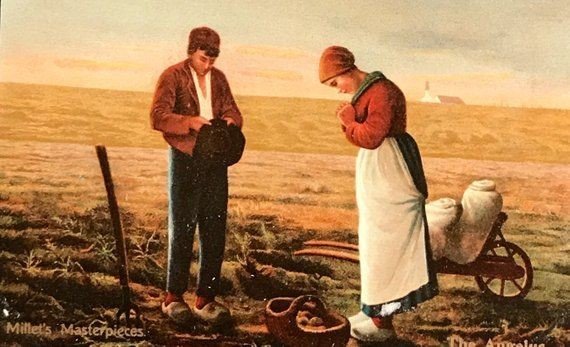 Mary of Nazareth
Part One: the Franciscan Connection
by Pirrial Clift tssf

The approaching Feast of the Annunciation [25th March] prompted me to write something about Mary, the Patron Saint of all Franciscans – and the Franciscan connection seems an obvious place to begin.

Devotion to Mary has been part of Christian praxis since very early times, however at times it has been spread a little too thickly on the daily bread of the Church, which led to a virtual abandonment of Marian devotion from many Anglican circles. However Mary was not totally forgotten, as evidenced by the little side-chapels dedicated to the glory of God in her name, beautified with fresh flowers, where candles are lit and prayers rise heavenwards. Mother’s Union keeps her memory alive too, honouring Mary as the Mother of God; and dedicates their work to the support and spiritual care of families, always remembering Mary’s vital part in Jesus’ life.

St. Francis’ devotion to Mary is patently clear when we consider that he wrote the antiphon ‘Holy Virgin Mary’ which was recited at both beginning and end of the seven Daily Offices – that’s 14 times each day!

Antiphon: Holy Virgin Mary
Holy Virgin Mary, among the women born into the world there is no-one like you. Daughter and servant of the most high and supreme King, and of the Father in heaven; Mother of our most holy Lord Jesus Christ, Spouse of the Holy Spirit, pray for us with Saint Michael the Archangel, all the powers of heaven and all the saints, at the side of your most holy beloved Son, our Lord and Teacher.
Glory to the Father and to the Son and to the Holy Spirit. As it was in the beginning, is now, and will be forever. Amen.
[Francis of Assisi. Early Documents. The Saint. Ed. Regis J Armstrong et al P 141, and see footnote.]

The Angelus – also known as The Memorial of the Incarnation – has been chanted by laity, clergy and religious throughout Christendom at dawn, noon and sunset for hundreds of years, accompanied by the ringing of bells in sets of three, symbolising the Trinity. It began as the repetition of three Hail Mary’s and the tolling bell after Compline in monastic communities, and gradually developed into the form we know. It is documented as being used as early as the twelfth century by Franciscans. The Angelus uses Bible quotes interspersed with the Hail Mary [which is itself the combination of a bible quote and a prayer] to recount Mary’s fiat and Jesus’ birth, death and resurrection, concluding with a humble prayer to be made worthy of Christ’s promises.

Some historians suggest that St Francis popularised it as a way of sanctifying the hours, influenced by hearing the Islamic ‘Call to Prayer’ when he visited the Sultan. Be that as it may, St Francis’s theology is certainly incarnational – he loved to reflect on and speak of Jesus’ life on earth; and saw Jesus’ face reflected in the faces of those he met, especially after his encounter with the leper. Jesus’ life and passion were frequently on his mind, and simple things such as the sight of a couple of crossed sticks or a lamb triggered the remembrance of his sacrificial love and suffering.

Many religious still follow this tradition – I imagine the First Order Brothers at Stroud continue to do so. Across Europe when the bells rang people paused in their work to pray and remember that God is with us. During my Monastery years I followed in Sr. Angela’s footsteps and was frequently joined by Monastery guests praying along or simply listening – often asking questions later. These days Brigid the cat accompanies me onto the veranda first thing each morning to pray the Angelus. Sadly, we have no bell.

The Angel of the Lord declared unto Mary,
and she conceived by the Holy Spirit.
Hail Mary, full of grace,
blessèd are you among women,
and blessèd is the fruit of your womb, Jesus.

Behold I am the handmaid of the Lord,
let it be to me according to your Word.
Hail Mary…

The Word became flesh,
And dwelt among us.
Hail Mary…

Pray for us, O holy Mother of God,
That we may be made worthy of the promises of Christ.

We beseech you, O Lord,
that as we have known the Incarnation of our Lord Jesus Christ
by the message of an angel,
so by his cross and resurrection
we may come to the glory of the resurrection. Amen.

The Salutation of the Virgin Mary

Hail, O Lady, Holy Queen,
Mary, holy Mother of God, who are the virgin made Church, chosen by the Most High Father in heaven, whom he consecrated by his most holy Beloved Son
and the Holy Spirit, the Paraclete, in whom there was and is all fullness of grace and every good.
Hail, his Palace! Hail his Tabernacle! Hail his Dwelling! Hail his Robe! Hail his Servant! Hail, his Mother! And hail, all you holy virtues, which are poured into the hearts of the faithful through the grace and enlightenment of the Holy Spirit, that from being unbelievers, you may make them faithful to God.
[Francis of Assisi: Early Documents. The Saint, Ed. Regis J. Armstrong et al. P163]

Part one – The Saint – in the trilogy ‘Early Documents’ describes this piece, written by St. Francis, as a ‘litany of greetings describing Mary’s role in the plan of salvation’. We will take a closer look at ‘The Salutation’ next time.

William Short OFM writes that the simplicity, poverty and humility of God revealed in Jesus are found in the Eucharist and in Mary, especially through the feast of Christmas. [Poverty and Joy. William J Short OFM, p40-42] Mary’s simple trust in God, revealed through her humble acceptance of God’s will at the Annunciation, and her lived poverty, echo Jesus’ abandonment of his own will and life to God: she becomes a model of discipleship. Was she the first Christian? Mary gave her life to Jesus, following him faithfully all the way to the Cross – and beyond.